When I say three beans, what I actually mean is leftover chickpeas, kidney beans and lentils after re-hydrating and cooking them for other dishes.

In our house, we're trying to be more 'green' and keep wastage to a minimum so rather than let these wonderful ingredients go to waste, I did a bit of a 'throw it all in a pot and hope for the best' kind of thing....

Turned out pretty darn good too. 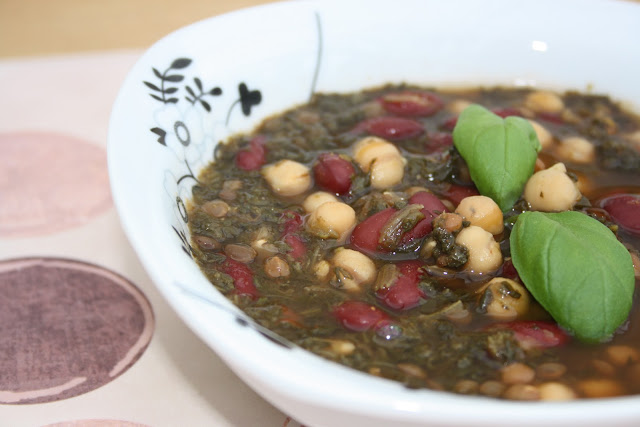 Ingredients are as specific as can be as it was kind of a stab in the dark and all pulses/legumes were already cooked as they were previously dried.

Place all ingredients into a large pan or slow cooker, pour in enough boiling water to cover ingredients and to give you enough broth.
Cook on slow (or very gentle simmer) for about 6 hours.
Before serving, remove garlic, chilli, cinnamon stick, bay leaves and cardamom pods.

Enjoy, then mop up the juices with a nice chunk of fresh bread. 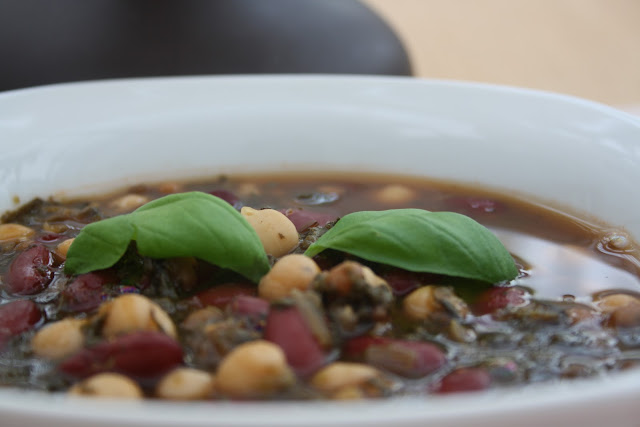 I have a week off from work next week (hurrah) so I'll be indulging in some cooking, taking some nice walks, actually cleaning my car instead of talking about it and hopefully doing a spot of studying too.  If the weather's nice, I may have a venture to London and do a bit of shopping too.
Time for a cuppa I think now.
Posted by Danielle at 18:49

Danielle
I'm Danielle, I'm 24 & I'm finding myself embarking on a new chapter in my life. I guess I'm a typical woman, love fashion and beauty and romantic comedies. I'm from the West Midlands in the UK but I have a real love of travelling and want to see as much of the world as possible!